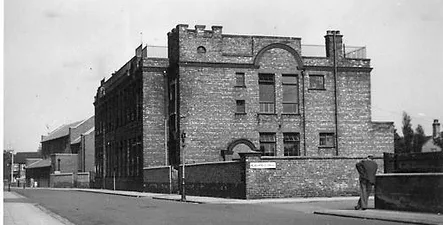 This school opened in 1914. In 1964, secondary pupils were removed to St Anne's and St Bede's Schools in Catcote Road. 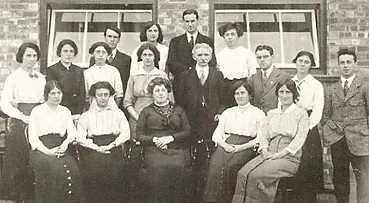 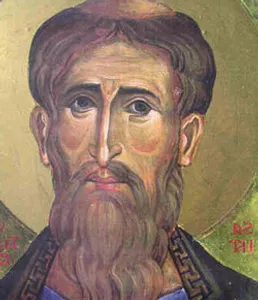 St Cuthbert was a monk, bishop and hermit of Lindisfarne who lived in Anglo-Saxon Northumbria.

A respected and venerated figure in life, after his death in AD687, Cuthbert's followers flourished, reaching its heydey in the 12th Century but continuing to resonate through the medieval period and beyond.

The miracle of incorruption is certainly not unique to Cuthbert. What is unusual is that this miracle was witnessed and recorded on many more occasions.

An 11th-Century Durham sacrist, charged with caring for the saint's coffin, was reported to tenderly brush Cuthbert's hair. Most notably, in 1104 when Cuthbert was translated to the newly built Durham Cathedral, the discovery of his still-flexible state sanctioned his church's new home.

And in the 16th Century, Henry VIII's men were so awestruck by the preserved state of Cuthbert that they ceased their destruction at Durham Cathedral.

St Cuthbert's medieval cult attracted devotees from far and wide, most of them seeking a cure. As a living hermit on Lindisfarne and then on the Farne Islands, Cuthbert had healed Northumbrian royalty and other local people.

By the 12th and 13th Centuries, Cuthbert was reported to be curing nobles and paupers, lay and religious, from across England and Scotland, and one man from Norway. Ailments cured ranged from paralysis and demonic possession to gout, leprosy, haemorrhages and toothache.

Many of those seeking a cure would make a pilgrimage to the shrine, but miraculous intervention could also be sought at one of the many churches dedicated to St Cuthbert around England and southern Scotland.

In such a rich saintly market, it was important to show the pre-eminence of Cuthbert's abilities, and Durham accounts of competitive sainthood show him outshining others including St Edmund and Thomas Becket.

Durham and Dunfermline offer an example of a more harmonious saintly tie, seen when Cuthbert's relics were paraded with the procession for St Margaret of Scotland's feast day in Dunfermline.

All saints have specialisms and Cuthbert is no exception. He is probably best known for his affinity with animals, most evident in his early lives including that written by Bede.

Eider ducks are known in Northumberland as Cuddy's ducks. Cuddy is a familiar form of Cuthbert

Cuthbert's protection and gentle admonition of birds and sea creatures is derived from the Celtic tradition, which was also highly influential in the production of the Lindisfarne Gospels, almost contemporary with the death of Cuthbert.

Cuthbert's affinity with nature continues today through his association with Eider ducks, known in Northumberland as Cuddy's ducks, as a colony nests on the Farne Islands, where Cuthbert had his hermitage.

A far cry from the gentle ministrations to nature, St Cuthbert has also been said to specialise in misogyny. Several miracle tales do indeed show him punishing women who approached his shrine, and there is one where a female weasel nesting in his tomb was forced to leave after Cuthbert informed the sacrist to remove her and her young.

It seems more likely that this is an example of St Cuthbert as protector of his church - in these cases, protecting the monastic purity of his cult's origins.

St Cuthbert's cult thrived as an intrinsic part of a culturally rich church, and his legacy survives today. Several fine manuscripts in the British Library and Durham include the St Cuthbert Gospel, the earliest surviving intact book in Europe.

A collection of treasures is displayed in the museum of Durham Cathedral, many of which were stored in his coffin including an iconic pectoral cross. And the majestic Durham Cathedral itself, built around this powerful saint's shrine, is frequently named as one of the most beautiful buildings in Europe.

St Cuthbert continues to be seen as protector of his people, most recently when he was claimed as the figurehead for devolution in the North East.